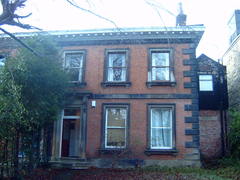 Solicitors help all sorts of people establish all sorts of rights and their services are not restricted to the well-heeled. In a good example, lawyers won a point of principle on behalf of a dyslexic student seeking exemption from Council Tax.

A dwelling that is occupied solely by one or more students is generally exempt from Council Tax. The word ‘student’ is defined by the Council Tax (Discount Disregards) Order 1992 as someone who is in full-time education. That phrase is itself defined as a person who is engaged in academic studies for at least 24 weeks per year and who is required to study for at least 21 hours in each of those weeks.


The student concerned was doing a part-time university PhD course which generally required non-disabled students to devote 20 hours a week to their studies. Due to her dyslexia, however, the university provided her with an additional hour of learning support weekly. The relevant local authority nevertheless refused to exempt her from Council Tax on the basis that she was not in full-time education. The student’s challenge to that decision was rejected by the Valuation Tribunal (VT) and, subsequently, by a judge.


In upholding her appeal against the latter ruling, the Court of Appeal found that the additional hour of learning support should have been taken into account when assessing her right to an exemption. The practical reality was that she needed that support in order to cope with the rigours of her course and the university was obliged to provide it at its own expense.


The Court noted that universities and other educational institutions do not behave like martinets, precisely prescribing the number of hours students must devote to studies. In those circumstances, to hold that exemption from Council Tax depends on whether an educational establishment expressly requires attendance at a particular study session, rather than merely recommending such attendance, would be to elevate form over substance. The case was sent back to the VT for final resolution in the light of the Court’s ruling.