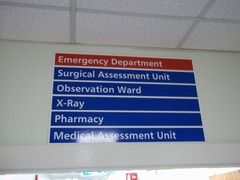 Fortunes spent on establishing successful brands would be largely pointless without trade mark protection and, as a High Court case showed, that is why professional advice from an intellectual property expert represents a sound investment.

The case concerned a company that provided psychiatry and mental health training courses. It was the exclusive licensee of UK and EU trade marks registered by one of its directors in respect of a four-letter acronym under which it marketed its services. Lawyers launched proceedings on behalf of the company after the same acronym began to be used by an NHS mental health trust to describe a new model for the assessment and discharge of mental health patients.


In upholding the company’s infringement claim, the Court found that, although the trust employed the acronym in a stylised form, it was highly similar to the trade marks. It used the acronym in the course of trade and its appearance on hospital signage, letterheads and elsewhere was likely to cause detriment to the company, which regularly ran courses within the NHS, its biggest customer.


There was little hard evidence of actual confusion on the part of average consumers of mental health-related educational and training services. However, that was not fatal to the claim in that a real risk of such confusion existed. The trust’s use of the acronym was likely to cause consumers to believe that its relevant services were provided by, or economically linked to, the company.