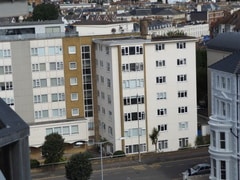 The modern phenomenon known as ‘cuckooing’ – whereby drug dealers set up shop in the homes of vulnerable householders – poses an increasing problem for social housing providers. However, as a High Court case showed, judges are willing and able to take firm action to protect the interests of neighbours.

The case concerned the assured tenant of a social housing property which, following a raid by police, was found to be a centre for dealing in hard drugs. He claimed to be mentally and physically disabled, to be a victim of cuckooing and that unwelcome guests were responsible for anti-social behaviour at the property.


In granting his landlord a possession order, however, a judge was unconvinced that drug dealers were making use of his property without his permission. He was the one who opened the door to them. He had failed to establish that he suffered from a mental disability and his eviction was a proportionate means of achieving the legitimate aim of protecting the landlord’s other tenants.


In challenging that decision, the tenant argued that the judge was wrong to reject a defence based on the public sector equality duty (PSED) contained within Section 149 of the Equality Act 2010. It was argued on the basis of fresh evidence that he suffered from a personality disorder.


In ruling on the appeal, the Court accepted that the judge had erred in her approach to the PSED in stating that it could not give rise to a defence to a private law possession action. A PSED assessment presented to the judge on behalf of the landlord was also plainly inadequate.


However, in dismissing the appeal, the Court noted a substantial body of evidence that the tenant had been complicit in what had been going on at the flat for a substantial period. Even had the fresh evidence been available to the judge, and even if the errors in respect of the PSED had not occurred, the outcome would have been the same.