When interpreting contracts, judges follow the wording actually used as their guiding light in discerning the intention of the parties. That was certainly so in a High Court dispute concerning a major project to construct a state-of-the-art new innovation centre for a Russell Group university. 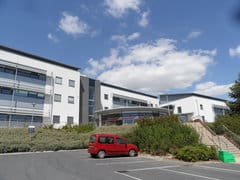 In upholding the contractor’s arguments, an adjudicator found that it was not possible to achieve practical completion of any one section in isolation from the others. None of the sections could be said to have attained practical completion until the entire building was ready for occupation and use.

In upholding the university’s challenge to that decision, however, the Court found that the interpretation contended for by the contactor, and accepted by the adjudicator, did not accord with the ordinary meaning of the words used in the contract. The structure of the contract revealed a clear intention to permit completion of one or more sections before completion of the works as a whole. Had that not been the case, there would have been no purpose in treating the sections separately.

The wording of the contract was unambiguous and meant that practical completion of each section was achieved when it was sufficiently complete to enable continuation of the works and completion of the whole project in due course. That interpretation of the contract also accorded with business common sense. The Court noted that, had it been required to rule on the issue, it would have had no hesitation in finding that the liquidated damages clauses were fully operable.