The whole point of contract arbitrations is that the parties agree in advance that they will be bound by the arbitrator’s decision. However, as a case concerning a dispute between two professional football clubs showed, the High Court retains power to intervene in cases of serious irregularity. 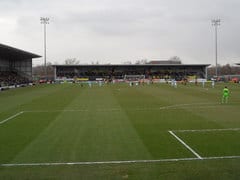 Club A signed two employment contracts with a footballer but neglected to register the second, as required, with the Football Association (FA) or the National League. That contract was still on foot when the player was engaged by another club (club B). After the resulting dispute was submitted to arbitration under the FA Rules, club A’s plea that club B had wrongfully procured the player’s repudiatory breach of contract fell on fallow ground.

However, the arbitrator found that club B was liable to pay compensation to club A by operation of Article 17 of the Regulations on the Status and Transfer of Players, issued by FIFA. Article 17 enshrines the principle that compensation is payable if a player’s contract is terminated without just cause and also provides that, where a player is required to pay compensation, he and his new club are jointly and severally liable.

In upholding club B’s challenge to the arbitrator’s award, the Court found that the proceedings had been infected by a serious irregularity. Shortly before announcing his decision, the arbitrator had exchanged a number of emails with an FA official in which he sought clarification as to whether the Article 17 principles are incorporated within the FA Rules. He had done so without notifying either of the clubs or giving them any opportunity to make representations.

The Court stopped short of setting aside the arbitrator’s decision or declaring it to be of no effect. It noted that there was no suggestion of bias on the arbitrator’s part, nor was there any reason to doubt his professionalism. The email exchanges were driven by his desire to achieve the correct outcome. The matter was sent back to the same arbitrator for reconsideration of the discrete issue as to whether Article 17 is incorporated within the FA Rules.