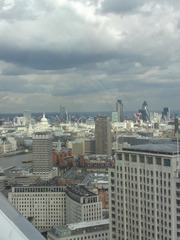 So-called urban explorers risk their lives for the thrill of scaling tall buildings, but they are also trespassers who expose landowners to substantial liability risks. In a case on point, five teenagers who climbed a skyscraper which was under construction narrowly avoided being jailed for their defiance of a High Court injunction.

Following previous incidents, the owners of the building and the commercial district of which it formed a part obtained the injunction against certain named individuals and persons unknown. The order was publicised widely and copies of it were posted prominently on and around the building.


The five, however, subsequently broke through a security door and scaled the 58-storey building. Various pictures of the incident were later posted on social media, one of them bearing the caption, ‘What court injunction?’ After the owners issued proceedings, the teenagers admitted contempt of court in trespassing on the site.


In ruling on the matter, the Court noted that the security of the district, where many major companies and financial institutions are based, was of national importance. It was, however, also home to numerous iconic buildings that were treated as trophies by urban explorers. Multiple orders had been made to deter their activities, which diverted security staff from guarding against terrorist attacks, but they had been repeatedly ignored.


The social media posts showed that the five were well aware of the existence of the injunction and the consequences of breaching it. Nevertheless, in light of their frank admissions, their youth and the potential impact on their futures, the Court stopped short of jailing them. The most serious offender received a £250 fine, but no penalty was imposed on the other four. The Court warned all of them that they should not expect the same leniency if they breached the injunction again.