When it comes to major infrastructure projects, a difficult balance frequently has to be struck between economic benefits and environmental protection. A High Court case on point concerned proposals to build a dual carriageway across parkland in order to improve traffic flow to an expanding container port. 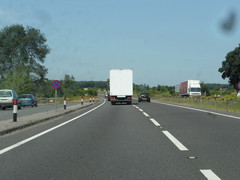 There was no dispute that the container port would bring much-needed jobs and other economic advantages to the region and that existing road access to it was inadequate. Highways England (HE) put out two options for public consultation: upgrading an existing road or building the new dual carriageway.

The council in whose administrative area the parkland lay argued that the road would destroy its tranquillity and have a grave impact on wildlife. It launched judicial review proceedings, claiming that HE should also have consulted on a third option: to divert the road through a five-kilometre tunnel under the parkland.

In rejecting the tunnel option prior to the consultation, HE pointed out that the cost of building it would be between £620 million and £1.2 billion, compared to a budget for relevant transport improvements of about £250 million. The council, however, responded that the Government was willing to lavish over £50 billion of taxpayers’ money on the Crossrail project, for the benefit of London and the South East, but would not spend a fraction of that sum on a tunnel in the provinces.

In dismissing the council’s complaints, however, the Court noted that its plea that the tunnel should be viewed as affordable was a political, rather than an economic, argument. The council did not dispute that the cost of the tunnel would far exceed the allocated budget and it had not made an economic case to meet HE’s argument that it would be too expensive.

HE had informed all interested parties of the options it was considering and had given a clear and simple explanation as to why it viewed the tunnel as unviable. The Court observed that the balance to be struck between environmental protection and the economic benefits of infrastructure projects was par excellence a matter for the Government, not for the courts.

A final decision as to whether a development consent order (DCO) would be granted in respect of the new road had yet to be taken and the Court rejected arguments that the outcome was a foregone conclusion. The economic, political and environmental arguments, not to mention the budget, may have changed by the time any DCO application was determined.