An architectural designer who was controversially found to owe friends a duty of care, although she had provided her services in respect of a garden landscaping project free of charge, has defeated their six-figure professional negligence claim. 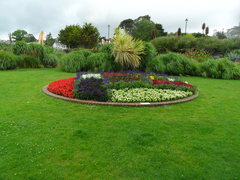 A couple with whom the designer was on friendly terms had decided to transform the garden of their £5 million home. The project involved levelling a number of steep slopes. They enlisted the designer’s help because they were unhappy with a £150,000 quote they had received from a landscaping firm.

Although she carried out the work gratuitously, the couple subsequently blamed her for a litany of alleged defects and cost overruns. The project was eventually finished by the firm whose quote the couple had previously rejected and the couple claimed that it cost them £265,000 more than it would have done had the designer never been involved.

The designer argued that she had given free advice to the couple on a friendly basis in a non-commercial, informal and social context. However, following consideration of preliminary issues in the case, the Court of Appeal found that, as a professional, she had assumed responsibility for the project and owed the couple a duty of care.

Following a final hearing of the case, however, a judge ruled that the designer had not breached that duty of care. The couple had taken a scattergun approach to criticising her performance, but neither her design drawings nor her management of the project had been negligent. Budgets that she prepared for the project were reasonable and competent and the couple’s confusion over how much the works would cost were the root cause of the breakdown in relations. The couple’s damages claim was dismissed on all grounds.