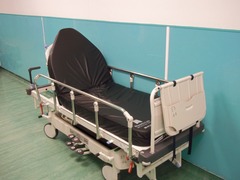 In a guideline ruling, the Court of Appeal recently found that two care workers were not entitled to be paid the National Minimum Wage (NMW) for time when they were asleep during sleep-in shifts.

Noting that conflicting authorities had given rise to a need for clarification of the law on the point, the Court found that, on a straightforward reading of the National Minimum Wage Regulations 1999, workers sleeping in under such arrangements will only be entitled to have their sleep-in hours counted for NMW purposes where they are, and are required to be, awake for the purpose of performing some particular task. This conflicts with many previous decisions that sleep-in workers were entitled to be paid the NMW for the entirety of the time they were available to work, whether they were actually working or not.


Lord Justice Underhill said, “It would not be a natural use of language, in a context which distinguishes between (actually) working and being available for work, to describe someone as ‘working’ when they are positively expected to be asleep throughout all or most of the relevant period.”


The decision was hailed as a victory for common sense and one that provides a lifeline to the care industry, which hitherto faced higher wage bills and back-dated pay claims. However, the question is likely to be appealed to the Supreme Court and we will keep you appraised of developments.


The Government’s guidance on calculating the NMW has now been updated to reflect the Court of Appeal’s judgment.