Everybody knows that tax has to be paid on time and that financial penalties will follow if deadlines are missed – however, there is such a thing as a reasonable excuse. In a case exactly on point, a tech company whose logistics and cashflow were thrown into chaos by a typhoon on the other side of the world successfully appealed against a substantial late payment penalty. 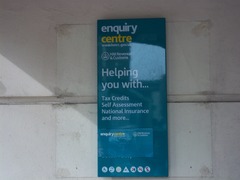 The date on which the company, which supplied electronic equipment to utility providers, should have remitted £175,995 in VAT to HM Revenue and Customs (HMRC) came and went, but only £30,000 was paid. A typhoon in the Pacific had resulted in the temporary breakdown of the company’s supply chain. Air freight flights from the Far East had also been block booked by Apple following the launch of the iPhone 7, leading to further delay in deliveries to the company.

HM Revenue and Customs (HMRC) had permitted the company to pay the VAT bill in stages and the debt had been cleared within three weeks. However, it had not agreed to late payment and imposed a penalty of £17,599, 10 per cent of the VAT due. Whilst expressing sympathy for the company’s predicament, HMRC took the view that, in effect, it would otherwise have received an interest-free loan of public funds.

In overturning the penalty, however, the First-tier Tribunal (FTT) found that the company had a reasonable excuse for late payment. Despite doing all it could to exercise reasonable foresight and due diligence, it had encountered two unexpected events that fell entirely outside its control. The acute cash flow problem was very short term and, had HMRC given the matter full consideration, it would have granted the company additional time to pay.