Some obligations that are placed on tenants by their leases can be waived by their landlords, but others are expressed as absolute commitments. A guideline Court of Appeal ruling in the context of controversial basement works in a residential block showed how crucial that distinction can be. 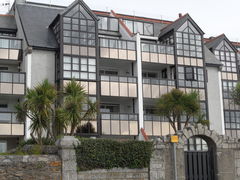 The case concerned a block of nine flats that were held on 125-year leases. The landlord was a company that was owned by the tenants. The leases were subject to identical covenants. One of them, amongst other things, forbade tenants from cutting, maiming or injuring any wall within, or enclosing, their flats.

The covenant was couched in absolute terms and did not contemplate that consent might be given by the landlord to do what it forbade. One of the tenants wished to carry out improvement works that would include the removal of about seven metres of load-bearing wall at basement level. It was agreed that such works would amount to a breach of the covenant. The works would also have extended beyond the current limits of the flat.

Another tenant, who objected to the works, launched proceedings against the landlord. He argued that the covenant amounted to an absolute prohibition on cutting through the basement wall and that the landlord had no right to permit its breach. On the contrary, the freeholder was obliged by the terms of the lease to enforce the covenant in the interests of other tenants. Those arguments, however, failed to persuade a judge, who found that the landlord was entitled to give consent to the basement works.

In upholding the tenant’s challenge to that decision, the Court noted that the case was of wide importance because such covenants are commonplace in residential leases. Notwithstanding the absolute terms of the covenant, the landlord had power, as between itself and the leaseholder who wished to carry out the works, to license its breach. However, the grant of such a licence, or a decision to waive the requirements of the covenant, would breach obligations the landlord owed to other tenants under the lease. The Court granted a declaration to that effect.