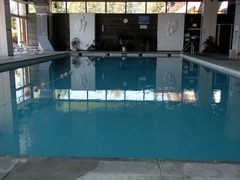 Many thousands of people volunteer their services to charities and other bodies that benefit the public – but do they have any contractual rights? The High Court tackled that issue in the case of a water polo coach who claimed that he had been banned from working with children following an inadequate and unfair investigation.

The coach carried out voluntary work for a swimming club which was affiliated to a national aquatic sports organisation. It emerged that, when serving as an officer in the Army, he had been court-martialled for offences involving bullying of young recruits and that such bullying involved a sexual element.

The club reported the matter to the organisation, which, following an inquiry, banned him from holding positions of trust in respect of children in any of its affiliated bodies for an extended period. The coach subsequently launched proceedings, claiming that his treatment amounted to a breach of contract. He argued that, having paid his membership fees and subscribed to the organisation’s rules, there was an implied contract between them and that the organisation was under a duty to conduct the investigation fairly and in good faith.

In dismissing his claim, however, the Court noted that there was no indication in the organisation’s rules that it intended to enter into legal relations with him or any of its individual members. That was hardly surprising, in that the result would otherwise be that the organisation would owe contractual duties to thousands of club members across the land, many of them children who lacked the legal capacity to enter into contracts. The word ‘member’, whilst no doubt convenient shorthand, was apt to confuse and did not imply a contractual relationship.

The Court noted that, even had there been a contract, the organisation would have had a right to rescind it on the basis that the coach had made false and misleading statements in respect of the court martial before the club took him on in a voluntary role.