Ground Rent May Often Seem Trifling – But It Really Must Be Paid! 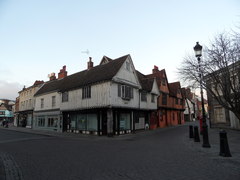 Ground rents payable by long leaseholders often amount to apparently trifling sums, but allowing them to fall into arrears can have severe consequences. The point was made by a Court of Appeal case in which a tenant came perilously close to having his lease forfeited for failing to pay £2 a year in rent to his landlord.

The 900-year lease was granted in 1948, when £2 was worth very much more than it is today. By the time the tenant acquired the lease in 1997, however, inflation had had its inevitable impact and he neglected to pay the rent. In those circumstances, the freeholder served a notice in respect of unpaid rent and, on the very next day, purported to forfeit the lease by peaceably re-entering the property. After the tenant launched proceedings, however, both the First-tier and Upper Tribunals found that the lease had not been validly forfeited.


In ruling on the landlord’s challenge to that conclusion, the Court found that the notice was valid notwithstanding that it was not precisely in the form prescribed by the Landlord and Tenant (Notice of Rent) (England) Regulations 2004, as amended. Parliament was unlikely to have intended that such a minor discrepancy would have the effect of invalidating a notice.


In dismissing the appeal, however, the Court noted that the lease specified that it could only be forfeited if rent remained unpaid for two years after it had fallen due. By operation of Section 166 of the Commonhold and Leasehold Reform Act 2002, the rent did not become due until the date on which the notice was served. The purported forfeiture was thus premature.