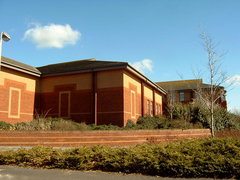 Any good lawyer will tell you that, when purchasing property, it is absolutely vital that you have the required funds in place before contracts are exchanged. In a case on point, a property investor paid heavily for failing to follow that fundamental rule.

The freeholder of a commercial property had contracted to sell it to a company for £1.2 million. The latter subsequently assigned its rights under the contract to another company (the purchaser). The freeholder agreed to extend the time for completion, but the sale was not finalised on the date that had been agreed.


The freeholder responded by serving a notice on the purchaser, requiring completion within 10 working days. There was no dispute that time was of the essence, but that deadline also passed without completion being achieved due to difficulties the purchaser had encountered in raising the necessary funds. In those circumstances, the freeholder purported to rescind the contract and found an alternative buyer.


That sale, however, was delayed after the purchaser registered unilateral notices at the Land Registry on the basis that it had a continuing contractual right to buy the property. The freeholder launched proceedings with a view to vacating those notices, but the purchaser sought an order requiring specific performance of the contract.


In ruling on the dispute, the High Court found that the freeholder was in repudiatory breach of the contract in that it had failed to provide vacant possession of the property by an agreed date. However, the purchaser had not accepted that repudiation as having terminated the contract, which it had wished to keep alive.


By failing to complete the sale by the deadline given in the completion notice, the purchaser was in repudiatory breach of the contract. The freeholder was entitled to accept that breach and to rescind the contract. In those circumstances, the purchaser’s claim for specific performance did not arise and the unilateral notices stood to be vacated. The Court heard further argument as to whether the purchaser’s £120,000 deposit should be declared forfeit.