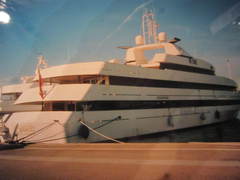 Unexplained wealth orders (UWOs) – the latest tool in the authorities’ armoury for use in tackling money laundering, corruption and terrorist financing – came under High Court scrutiny for the first time in an important test case.

The case concerned the wife of an overseas citizen who had been jailed for 15 years in his homeland after being convicted of embezzlement and fraud in connection with his past chairmanship of a majority state-owned bank. He had been ordered to repay about $39 million to the bank and his wife, who lived in England, was believed to have been arrested in absentia in connection with the investigation.


The National Crime Agency (NCA) sought a UWO in respect of an English property that had been bought by a British Virgin Islands-registered company for £11.5 million in 2009. In seeking indefinite leave to remain in the UK, the wife had informed the Home Office that she was the property’s beneficial owner.


The UWO was granted by a judge and required the wife to disclose the source of the money used to purchase the property. If she failed to comply, it would be presumed that the property represented the proceeds of unlawful conduct. That in turn would open the way for it to be seized under the Proceeds of Crime Act 2002 (POCA). The power to make UWOs was inserted into POCA by the Criminal Finances Act 2017 and this was the first time that such an order had been made.


In dismissing the wife’s appeal against the UWO, the Court found that, as the wife of the former chairman of a majority state-owned bank, she was a politically exposed person, as defined by POCA. There was also ample evidence of unexplained wealth, not least the wife’s expenditure of over £16.3 million at a London department store during a period of about 10 months.


Notwithstanding the well-known deficiencies in the foreign state’s criminal justice system, the NCA was entitled to rely on the husband’s conviction as evidence going to the source of the relevant wealth. Arguments that the UWO breached the wife’s human right to freely enjoy her private property were dismissed, as were claims that the requirement to provide information to the NCA offended against her right to avoid incriminating herself or her spouse.