Gambling Club Can Press Ahead With Deceit Claim Over Bank Reference 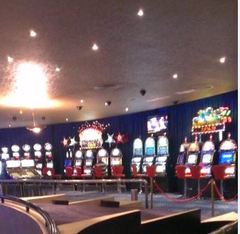 Attempts to re-litigate dismissed claims under the guise of a different cause of action are generally viewed as an abuse of court process. However, in a guideline ruling, the Court of Appeal permitted a gambling club to pursue a deceit claim against a bank, notwithstanding the rejection of the former’s previous claim in negligence.

The case concerned a gambler who had asked the club to provide a cheque cashing facility so he could spend money at the tables. In order to avoid disclosing the purpose of the facility, the club employed an intermediary to seek a credit reference from the man’s bank. A credit reference was duly provided by the bank and the man was granted a cheque cashing facility up to £1.25 million.


After drawing cheques totalling that amount, the man won £427,400. However, the cheques were returned unpaid and he promptly disappeared. The club launched proceedings to recover its loss – which totalled £802,940 – from the bank on the basis that the reference amounted to a negligent misstatement on which it had relied. That claim was, however, ultimately dismissed by the Supreme Court on grounds that the bank did not owe the club a duty of care.


The club’s response was to launch fresh proceedings against the bank, this time alleging deceit, a cause of action that does not depend upon a finding that a duty of care is owed. The claim was, however, subsequently struck out by a judge on the basis that it was an abuse of process.


In upholding the club’s appeal against that ruling, the Court accepted that there had been no duty on its lawyers to plead deceit in the original proceedings. The evidence of deceit was at that point speculative and weak, but it had since been strengthened by testimony given during the negligence trial. The club was entitled to treat that as a potentially decisive matter and there was no manifest unfairness in permitting it to proceed with the fresh claim in deceit.