Is a Church Hall an Extension or an Annexe? Church Authorities Win Debate 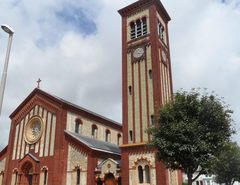 The distinction between an extension and an annexe is a fine one but, for charities, it can have crucial tax implications. The First-tier Tribunal (FTT) considered the issue in granting VAT exemption in respect of the construction of a new church hall.

There was no dispute that the hall was intended solely for charitable purposes. HM Revenue and Customs (HMRC), however, took the view that it was an enlargement, or extension of the adjoining church, and that its construction costs therefore did not qualify for zero rating under Section 30(2) of the VAT Act 1994.


In upholding the diocesan authority’s challenge to that ruling, however, the FTT found that the hall could properly be viewed as an annexe that was capable of functioning independently from the church. The relevant exemption in respect of building works and materials therefore applied.


The FTT noted that there were similarities in appearance between the hall and the church and that about a third of the hall’s footprint overlay a demolished part of the church. However, the hall was internally divided from the church and was used entirely separately, for social activities rather than worship. The hall had its own independent entrance, kitchen, refreshment and toilet facilities. It thus formed an adjunct and supplementary structure to the church and was an annexe.