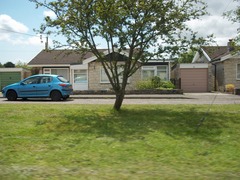 The Buildmark scheme, whereby the quality of new homes is underwritten by the National House Building Council (NHBC), provides peace of mind to thousands of householders. However, as a High Court case showed, making claims under the scheme can be a complex matter and it is always wise to seek legal advice at an early stage if you are dissatisfied with a builder’s workmanship.

The case concerned a bungalow that was constructed in 2002 and had the benefit of an NHBC Buildmark policy. After identifying numerous alleged defects in the property, its owner launched arbitration proceedings against the builder in reliance on the policy, claiming more than £950,000. He was, however, awarded only £153,598 in respect of remedial works, most of which was paid by the NHBC rather than the builder.

Much of that award was eaten away by the costs of the arbitration and the owner later initiated a further arbitration in reliance on his contract with the builder. Those proceedings were, however, discontinued after the builder became insolvent and a claim for a further £362,265 was instead made directly against the NHBC after the latter agreed to step in to cover any liability arising.

In striking out all but one aspect of the owner’s claim, however, the High Court found that all the other alleged defects relied upon had already been dealt with during the first arbitration. He could not, in the litigation, make claims in respect of the same defects but for a greater scope of remedial works and for greater sums of money. The only surviving issue fit for trial concerned alleged deficiencies in the bungalow’s foundations.