Those who shower presents on loved ones, or share property with them, sadly often come to regret their generosity after relationships sour. However, as one case showed, it is extremely difficult to retrieve such gifts after the event. 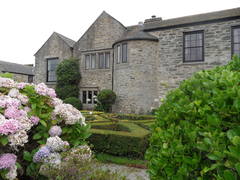 The case concerned a lengthy same-sex relationship between a businesswoman and a law graduate that had broken up acrimoniously. Whilst they were together, the businesswoman had given the graduate designer shoes, handbags, jewellery and an Aston Martin car. She had also transferred to her about £400,000 in cash. She had registered a property, worth about £1.7 million, in their joint names.

After the businesswoman launched proceedings, she argued that the cash the graduate received from her was in the form of loans. She alleged that the graduate had provided nothing in return for the luxury goods and that she had procured a half share in the property by subjecting her to undue influence.

In rejecting those claims, however, a judge noted that the businesswoman had the economic strength in the relationship, the graduate having rarely worked. The sums of money the graduate had received were substantial, but had not been regarded by either of them as having been loaned rather than freely given. The luxury goods were also gifts made in the context of a committed and loving relationship and there was no obligation on the graduate to return them.

Also upholding the graduate’s right to an equal stake in the property, the judge found that it had been the couple’s common intention that it would be jointly owned. The businesswoman had promised the graduate that that would be the case. Although the businesswoman had contributed substantially more to the purchase price, most of the required funds had come from a joint bank account.

The graduate was not the sort of woman who would have been able to make the businesswoman act against her will, and the judge was left with the impression that the businesswoman regretted what she had come to perceive as her undue generosity and had convinced herself that her version of events was correct.