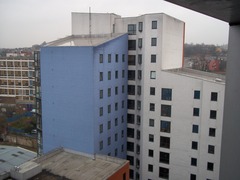 Flat tenants who wish to take over management of the blocks where they live can very easily be bamboozled by legal complexity without the benefit of professional advice. In a case on point, one such attempt to achieve self-determination was defeated by a fine legal point that even experts found it difficult to resolve.

The tenants of 95 flats in a seven-storey block clubbed together to form a right to manage (RTM) company with a view to taking over management of the premises. The freeholder objected, however, and the company’s application was rejected by the First-tier Tribunal (FTT) on the basis that the premises were not structurally detached from an adjoining block and could thus not be considered in isolation.

The FTT acknowledged that the blocks had been constructed at different times, of different materials, and that there was no load bearing connection between them. However, there was no single discernible division between them, either behind the decorative facade that ran across both buildings, or in the ceiling and floor slab of the underground car park beneath them.

In ruling on the company’s challenge to that ruling, the Upper Tribunal (UT) noted that a building can be structurally detached within the meaning of Section 72(2) of the Commonhold and Leasehold Reform Act 2002 even if it touches, or is attached to, a neighbouring building and cannot function independently.

In dismissing the appeal, however, the UT could find no flaw in the FTT’s conclusion that it was not simply a case of two adjoining walls touching, with no structural connection between them. The ceiling and floor of the car park, in particular, constituted a single structure and straddled both buildings.