Targeted by Aggressive Door-to-Door Salesmen? The Law Will Not Stand By! 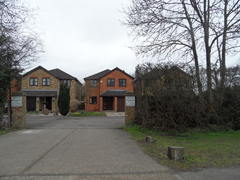 Elderly people in particular are sadly often targeted by door-to-door salesmen who employ aggressive and high-pressure techniques. However, the Court of Appeal has emphasised in one such case that perpetrators will receive deterrent sentences.

The case concerned a man whose modus operandi was to trick or intimidate elderly householders into paying to have their driveways cleaned. He would falsely claim to be working for neighbours in order to appear trustworthy. If his services were accepted, he would charge a great deal more than had initially been quoted. If they were refused, he would carry out work regardless and demand payment.


One victim who had been prevailed upon to give him a £700 cheque in respect of unsatisfactory work later cancelled the payment and contacted the police. After the man was prosecuted, he admitted fraud and engaging in aggressive commercial practices, contrary to the Consumer Protection from Unfair Trading Regulations 2008. He was sentenced to 14 months’ imprisonment. That included activation of an earlier suspended sentence he had received for shouting racial abuse.


Pleading for a reduction in that sentence, the man’s lawyers pointed out that he is a father of four and that he achieved little financial gain from offences that took place over a relatively short period. In dismissing his appeal, however, the Court found that his sentence was severe, but rightly so. He had offended again within days of receiving the suspended sentence. The type of aggressive practices in which he had engaged were only too common and a deterrent sentence was required.