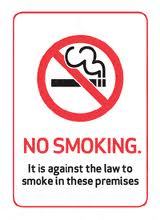 Everyone is entitled to seek justice from the courts, but perhaps the most crucial role played by professional litigators is to advise their clients when it is wise to settle and cut their losses. In one case exactly on point, minority shareholders whose interests were unfairly prejudiced nevertheless came away severely out of pocket.

The shareholders owned 13 of the 100 shares in a company that sold advertising space on open air cigarette bins that were provided in response to the workplace smoking ban. The business was signally unsuccessful, virtually no third party advertising having been obtained, and eventually folded.


The shareholders argued that the company’s guiding mind and managing director had run the business in a manner contrary to their interests, in that he had arranged for the provision of heavily discounted, and eventually free, advertising space on the bins to an unconnected company of which he was chairman.


Their unfair prejudice claims, brought under Section 994 of the Companies Act 2006, were upheld by a judge on the basis that the managing director had behaved in an intransigent and arrogant fashion and had entirely abandoned the best interests of the company. He was required to buy out the minority shareholders.


Following a further hearing, however, another judge found that the venture had in any event been doomed to failure and that those shareholdings were effectively worthless. The managing director was nevertheless ordered to pay the six-figure legal costs run up by the shareholders in pursuing the case.


In upholding the managing director’s challenge to the latter ruling, the Court of Appeal found that the shareholders had, as a matter of substance and reality, lost the case. They had brought the proceedings not simply to make a point but in the hope of obtaining a seven-figure sum for their shares. In the event they had come away empty-handed.


The Court noted that the shareholders had also turned down pre-trial offers to settle their claims for up to £400,000. In the circumstances, they were ordered to pay the legal costs of the managing director and three other directors who had defended the action, but who had previously been left to pay their own bills.