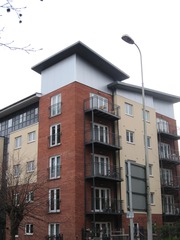 If you purchase a house that turns out to be worth less than you paid for it as a result of someone else’s wrongdoing, how should your compensation be calculated? The High Court addressed that issue in a guideline decision of interest to home buyers and property professionals.

The case concerned a couple who paid £135,000 for a flat, having been granted an £81,000 mortgage. Prior to the transaction, they asked the lender to commission a thorough survey of the property but, due to an administrative error, no such survey was carried out. After the lender agreed to make the mortgage advance, the couple assumed that a surveyor had inspected the property and reported favourably.

It subsequently emerged that the property was in very poor condition and required extensive repairs. After lawyers launched proceedings on the couple’s behalf, a judge upheld their breach of contract claim against the lender. They were awarded £115,000 in damages on the basis that that sum represented the likely cost of bringing the property up to a reasonable state of repair.

In ruling on the bank’s challenge to that award, the Court accepted that damages should have been assessed on the basis of the diminution in value of the property arising from the breach of contract. In dismissing the appeal, however, the Court found that the cost of repair was the only practical indicator available to the judge of what the diminution in value of the asset actually was.