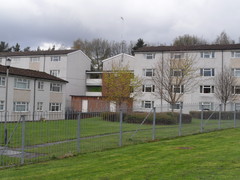 The Equality Act 2010 requires every public authority to have due regard to the interests of the elderly, disabled, or any other group of people with protected characteristics. In a High Court case, a local authority’s failure to match up to that duty resulted in planning permission for a major housing regeneration project being overturned.

The council had granted outline planning consent to a social housing provider for the demolition of up to 542 homes on a housing estate where levels of social and economic deprivation were high. The estate was home to many elderly people and more than eight per cent of residents were unable to work due to long-term illness.


The demolished properties were to be replaced by up to 700 new homes and the council viewed that as a significant planning advantage. The number of affordable homes on the estate would be reduced from 414 to 210, but the developer pointed out that it would build further affordable housing on a neighbouring site, for which planning consent had already been granted.


In ruling on a resident’s judicial review challenge to the permission, the Court noted that the council had sought to address concerns about displacement and the minutes of the crucial planning committee meeting recorded one councillor acknowledging that the loss of a home was a traumatic experience. The council was also properly concerned to keep residents fully informed and had given considerable attention to ensuring that those who wished to remain living on the estate would be rehoused there.


Overturning the permission, however, the Court found that the council had not paid specific regard to the impact on elderly and disabled residents of approving a project that might lead to the demolition of their existing homes. That failure amounted to a breach of the public sector equality duty enshrined in the Act. The permission had been granted by a narrow majority of councillors and the outcome might well have been different had the council met its statutory duty.