Enquiries Before Contract – Why Your Answers Must be Accurate! 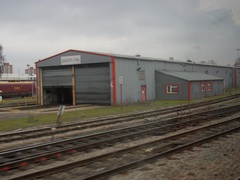 Every landlord or property vendor should be aware that the consequences of failing to accurately answer enquiries before contract can be severe. In a Court of Appeal case, a landlord who failed to disclose that commercial premises were contaminated by asbestos ended up with a seven-figure compensation bill.

The case concerned the lease of three warehouse units and an agreement to lease a fourth. In enquiries before contract, the tenant asked if the landlord was aware of any hazardous materials, including asbestos, affecting the premises. The latter replied with the all-too-familiar words, ‘the buyer must satisfy itself.’ It also replied that it had not received notice of any environmental problems affecting the premises, but reiterated that the tenant must satisfy itself.


Prior to making those replies, the landlord’s agents had received an email from a health and safety firm that had been instructed to inspect the premises. The email reported that the units were so contaminated with asbestos that they were dangerous to enter. In ignorance of the email, the tenant entered into the relevant lease and agreement. After the tenant launched proceedings, a judge found the landlord liable to pay £1.4 million in damages under the Misrepresentation Act 1967.


In dismissing the landlord’s challenge to that ruling, the Court agreed with the judge that the failure to disclose the asbestos contamination amounted to a clear misrepresentation and that the tenant was entitled to be compensated for the costs of remedial work and of arranging alternative premises during the period of almost nine months that it took to complete them.


The lease contained a clause by which the tenant acknowledged that it had not entered into the agreement in reliance on any statement or representation made by or on behalf of the landlord. However, the judge had rightly found that that provision amounted to an attempt to exclude liability for misrepresentation and was thus unreasonable, within the meaning of the Unfair Contract Terms Act 1977.