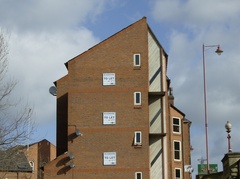 With the assistance of the courts, social housing providers are sadly used to dealing firmly with nuisance tenants so that others can live in peace. In one case, a woman who repeatedly battered her neighbours’ ears with foul-mouthed tirades, despite being ordered to desist, came within an ace of being sent to prison.

Following past incidents, the woman’s social landlord had obtained a court order that forbade her from behaving in a manner that caused nuisance, annoyance, alarm, harassment or distress to her neighbours. Not long afterwards, however, one of the landlord’s employees recorded her screaming and shouting. Her expletive-laden rant included serious threats to kill. A further incident in which she shouted abuse at high volume had been recorded by a neighbour on her CCTV equipment.


After the landlord launched proceedings, the woman belatedly admitted that she had acted in contempt of the court order. A judge noted that she had been diagnosed with mental health conditions and prescribed medication. However, she was able to live independently in the community – she had the care of two children – and was capable of understanding that what she had done was wrong.


However agitated or paranoid she may have been when the incidents occurred, her neighbours were entitled to live their lives quietly, without being subjected to her completely unacceptable behaviour. In the circumstances, the judge imposed a 12-week prison sentence, suspended for one year. The woman was warned that she would face immediate imprisonment if she breached the order again.