Should Your Business Be Registered for VAT? Get Specialist Advice Today! 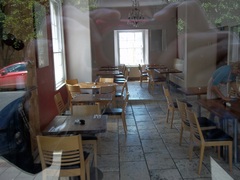 If the turnover of your business is above the threshold at which registration for VAT is obligatory, a dishonest failure to do so can lead to criminal sanctions. In one case on point, a restaurant owner who failed to seek professional tax advice received a two-year prison sentence for evading £93,000 in VAT.

After the man handed over day-to-day management of the restaurant to a relative, it prospered to the point where the threshold was reached. The business remained in his name and it was his duty to arrange registration for VAT. He admitted that his failure to do so and to account for VAT over a five-year period was deliberate and dishonest and he was jailed after he pleaded guilty to fraudulent evasion.


The facts of the case emerged as the Court of Appeal reduced his sentence to 18 months. In the light of his previous good character and medical problems suffered by his wife and children, the Court found that his personal mitigation should have resulted in a lower sentence.