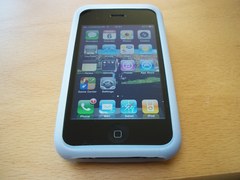 Repetitive and unsolicited telephone calls offering help in obtaining compensation for missold payment protection insurance (PPI) are viewed by many as something of a modern plague. However, as one case showed, regulators are getting to grips with the problem.

The case concerned a PPI claims handling company that had been the subject of a formal investigation by the Claims Management Regulator (CMR) after the latter received numerous complaints from members of the public. Repeated breaches of the rules were uncovered and a £553,000 financial penalty was imposed.


The CMR found on the basis of recordings of telephone calls that the company’s personnel had made misleading statements to potential clients and utilised high-pressure sales techniques. Staff had impersonated customers in making calls to financial institutions; customers had not been advised to read and retain documents and, when people asked not to be called back, their telephone numbers had not been suppressed as they should have been.


In dismissing the company’s appeal against the penalty, the First-tier Tribunal noted that it appeared to suffer from an insular culture, resulting in a reactive, rather than a proactive, approach being taken to its regulatory obligations. The company’s three shareholders had limited knowledge of the rules but had not bought in the required expertise.


Limited monitoring of calls meant that rogue personnel were able to evade detection and the impersonation of customers on multiple occasions indicated that the company was infected by a lack of honesty and integrity. Given the seriousness of the regulatory breaches, the financial penalty – which represented four per cent of the company’s turnover during the relevant period – was warranted.