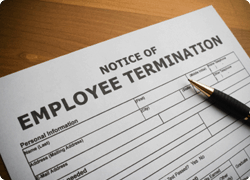 An employment contract which was retained and not signed by the relevant worker remains valid for the purposes of enforcing restrictive covenants contained within it, a High Court judge has ruled.

Benefits received by the worker under the terms of the unsigned contract, including pension contributions and private medical insurance, meant that the agreement was enforceable notwithstanding the absence of formal execution.

The issue concerning the validity of the contract arose in the context of a case in which the worker is alleged by his former employers to have collated and misused confidential information and passed it to a trade competitor.

The contract signed by the worker when he joined the company did not contain restrictive covenants. However, on his promotion to a senior management role in 2009, he was issued with a new contract which forbade him from, inter alia, working for a rival business and soliciting defined customers for six months after termination of his employment.

It was common ground that the worker was did not return or sign the 2009 contract and it was argued by his lawyers that he was therefore not subject to the post termination restrictions it contained.

However, Mr Justice Hildyard ruled that the worker’s receipt of benefits associated with the more senior position to which he had been promoted meant that he was bound by the 2009 contract notwithstanding the absence of his signature upon it.