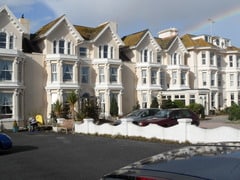 Gay partners who were refused a double bed after booking themselves into a bed & breakfast (B&B) for the night have been awarded £1,800 damages each after a judge ruled that their treatment amounted to a violation of their equality rights.

Recorder Moulder ruled that Michael Black and John Morgan’s treatment breached the Equality Act (Sexual Orientation) Regulations 2007 and rejected arguments put forward by the B&B’s owner, Suzanne Wilkinson, that a ruling in the couple’s favour would violate her own human rights to freedom of thought, conscience and religion and respect for her home and private life.

Ms Wilkinson had refused to allocate the couple to a double bedroom at her B&B in Cookham, Berkshire, on grounds that she had religious and personal objections to two men sharing a bed. However, the judge rejected her plea that the regulations were not intended to apply to B&B accommodation within private homes.

He found no incompatibility between the regulations – which outlaw discrimination in the provision of services on grounds of sexual orientation – and Ms Wilkinson’s human rights and found that the refusal of a double bed amounted to direct discrimination against the couple.

Recognising the importance of his decision, Recorder Moulder granted Ms Wilkinson permission to appeal against his decision to the Court of Appeal.