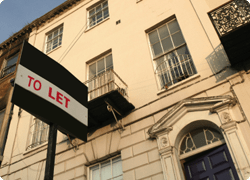 A High Court ruling has underlined the dangers inherent in purchasing property at auction without taking proper legal advice. A disabled woman is facing a financial catastrophe after she made a successful telephone bid for a substantial property – without commissioning a survey and without previously viewing it – just a week before a landslide left it teetering on a cliff edge.

Sue Diamond successfully bid £154,500 for Ridgemount House, in Torquay, Devon in February 2010. A week later, a major landslide left the six-bedroomed house just 50 yards from a vertical drop into the sea and she argues that the property is now uninhabitable and worth only £3,500. Despite that, the court ruled that the contract created when the auctioneer’s hammer fell was valid.

The auction particulars had warned prospective buyers that the property was severely structurally damaged and might be beyond economic repair and Ms Diamond was ordered to complete the purchase by a judge in July 2010.

The vendor of the house obtained a charge for the purchase price, plus interest accruing at 8% annually, over Ms Diamond’s home in Chiswick, west London, from which she was later evicted. An order was made for the sale of that property to enable the seller to realise his security and, in March 2012, a judge gave permission for it to be marketed at a price of £650,000.

However, Mr Justice Norris has now given Ms Diamond the chance to get a better price for her home after she produced letters from local estate agents saying that £1.1 million was ‘easily achievable’ in such a highly desirable location. The judge directed that offers be sought for the house in excess of £900,000 but dismissed Ms Diamond’s application to block the sale altogether or to reduce the amount which she must pay the vendor of Ridgemount House.