Amidst widespread homelessness, owners of investment properties who allow them to stand empty for extended periods can find themselves on the receiving end of compulsory purchase orders (CPOs). Exactly that happened in a case concerning a desirable end-of-terrace property which had been vacant for 25 years. 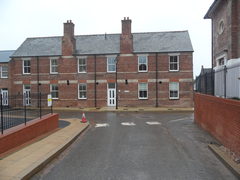 The house was located in an urban area where about 5,000 people were in urgent, high or medium need of permanent accommodation. The local authority took the view that the property’s vacant status since 1994, combined with its deteriorating condition, was detrimental to the area’s amenities.

On the basis that the public interest demanded the house’s return to residential use, the council exercised its powers under the Acquisition of Land Act 1981 and the Housing Act 1985 to serve a CPO on its owner. Post acquisition, the council planned to auction the property to a buyer who was willing to refurbish it.

In challenging the order, the property’s owner said that the chronic depression and anxiety from which he had suffered for several years had affected his engagement with the council and prevented him from taking steps to bring the house back into use. There was no dispute that his condition amounted to a disability.

In dismissing his appeal, however, the High Court rejected arguments that the council had breached its duties under the Equality Act 2010. It had neither discriminated against him on grounds of his disability nor failed to make reasonable adjustments to cater for his condition. His plea that the CPO violated his human right to peacefully enjoy his private property also fell on fallow ground.

In an attempt to find a less draconian solution, the council had for many years sought to cooperate with the owner. It took the rational view that the real reason for the lack of progress was that the owner lacked the funds required to refurbish the house. In also finding the CPO proportionate, the Court noted that it was an investment property in respect of which the council would pay full market value. There were compelling reasons for making the CPO in the public interest.