Proving a case often requires commercially sensitive documents to be placed before a judge in a public court. In the context of a debt recovery action, the Court of Appeal gave guidance on where the balance should be struck between confidentiality rights and the overriding objective of achieving justice. 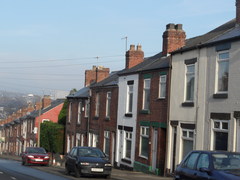 The case concerned a buy-to-let property investor who borrowed almost £11 million from a bank. With a view to reducing its risk profile, the bank assigned the loans by way of a deed to a company which also took an assignment of the bank’s rights as mortgagor of 21 properties within the portfolio. The mortgages being insufficient to secure the debt, the company raised a statutory demand against the investor for an unsecured balance of over £4 million.

The investor argued, without success, that the statutory demand should be set aside on the basis that the company had failed to establish that the benefit of the loans had been validly assigned to it by the bank. In challenging that outcome, he pointed out that the company had presented a heavily redacted version of the deed as the sole evidence of a valid assignment.

The company argued that the redactions were justified by the commercial sensitivity of the deed’s contents and that nothing had been blacked out which was relevant to the case. In ruling on the matter, however, the Court noted that the case hinged on the true construction of the deed and it was not for the company or its legal advisers to make a pre-emptive judgment about what might or might not be relevant to that judicial exercise.

The Court had much sympathy with the investor’s plea that, where a judge is called upon to construe a document, that document must generally be placed before the court as a whole. Seldom, if ever, could it be appropriate for one party unilaterally to redact provisions of a contractual document merely on grounds of confidentiality.

Only where blacked-out provisions were obviously and entirely irrelevant could such redactions be considered defensible. Confidentiality difficulties, the Court observed, could be dealt with by disclosing sensitive documents, in unredacted form, into closed confidentiality rings or for a judge alone to see.

In rejecting the investor’s appeal, however, the Court noted that he did not dispute either the unpaid debt or that the deed was duly executed. In that context, the redactions faded into relative insignificance and had caused him no injustice. He had failed to establish the existence of any substantial dispute about the company’s title to enforce the loans against him.