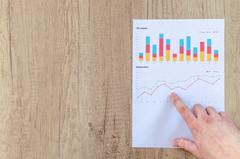 The old adage that an asset is only worth what someone is willing to pay for it cannot easily be applied to private companies for which there is no ready market. The High Court confronted exactly that valuation issue in a big-money divorce case.

The case concerned a couple aged in their 40s who had two children during their 17-year marriage. By far the largest marital asset to be divided between them following their divorce was a company of which the husband, a successful entrepreneur and financier, was a founder member and the single largest shareholder.

The wife said that the husband had told her that the company might be worth more than £200 million. He, however, contended that much of the business’s expansion post-dated the end of his marriage. The company had recently encountered liquidity difficulties and a sharp fall in its profits had been reflected in his income.

Ruling on the case, the Court noted that valuing private companies is a matter of no little difficulty. Even when using the same valuation methods, professional valuers of such companies frequently produce widely differing results. Their profitability can be volatile and valuing them on a snapshot basis can give rise to misleading outcomes. The absence of an obvious market for shares in many private companies means that exposing them to the acid test of the free market is simply not possible.

After taking into account the value of the company’s net assets, and its roller-coaster fortunes since the marriage ended, the Court valued the husband’s shares as at the date of the couple’s separation at £35.5 million net of Capital Gains Tax. All of that value had been built up during the marriage and there was no dispute that their assets should be divided in accordance with the equal sharing principle.

Adding in the value of the couple’s real property and other assets, the total pot came to £39.662 million, of which each was entitled to £19.831 million. Achieving parity required the husband to pay the wife a lump sum of £16,787,595. In order to give him time to raise funds, and to minimise disruption to his business, the husband was permitted to pay that sum by instalments over a period of more than three years.