One of the main advantages of seeking advice from professionals is that you always have the comfort of knowing that they owe you a legal duty of care. The nature and extent of the duty owed by a firm of architects to a property developer came under analysis in a guideline High Court case. 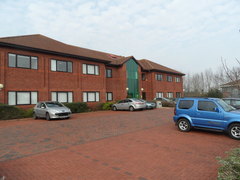 The developer set up a single-purpose company which purchased a two-storey office building with a view to converting it into flats. Prior to the acquisition, the architecture firm provided to the developer various drawings of the building which it had previously prepared for its vendor.

The developer claimed that the drawings overstated by about 30 per cent the size of the building’s footprint and that his objective of converting it into 16 flats was never achievable. He asserted that, as a result, his company paid £116,000 more for the property than it was worth. The developer and his company launched proceedings against the firm to recover that alleged loss and damages.

The firm disputed every aspect of the claim. Amongst other things, it pointed out that the company had yet to be incorporated – and thus did not exist – when it provided the drawings to the developer. The question of whether, or to what extent, it owed a duty of care to the developer or his company was considered at a preliminary hearing.

The Court found that the firm was aware when it provided the drawings that the purchase and development of the property would be carried out by a single-purpose company. The relationship between the firm and the company was that of adviser and client/quasi client. They had proceeded on the basis that a modest fee would be payable for access to the drawings and both sides envisaged that, if the purchase proceeded, the firm would be engaged to assist in the development.

It was reasonable for the company to rely on the drawings, without obtaining a further survey, for the purposes of confirming that the property was capable of being converted into 16 flats. The firm could reasonably be expected to have anticipated such reliance and, to that extent, owed the company a duty of care.

However, no such duty was owed by the firm to the developer, who was intending to engage in the project not in his personal capacity but through his company. Unless agreed, issues as to whether the duty of care owed to the company was breached and, if so, the amount of compensation payable would be resolved at a further hearing.