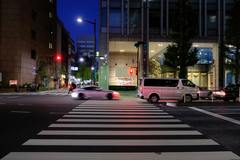 No amount of compensation can fully recompense those whose lives are ruined by dangerous drivers, but it can at least give them security for the future. In one case, a grandfather who was struck down on a pelican crossing after a motorist shot a red light received more than £200,000 in damages.

The man, aged in his early 60s, was holding his two-year-old grandson’s hand when the car struck them. The ‘green man’ was illuminated as they crossed the urban road. Both pedestrians were catastrophically injured and the motorist was subsequently convicted of causing serious injury by dangerous driving. His motor insurers admitted liability in full for the accident.

The grandfather retained a high degree of awareness of the world around him but, due to his very severe orthopaedic and psychiatric injuries, he lacked capacity to make important decisions for himself.

Following negotiations, his legal team achieved a £212,260 settlement of his claim. Of that sum, £25,000 will be paid to members of his immediate family as some recognition of the selfless care they have given him. The High Court expressed sympathy for the man and his family and had no hesitation in approving the settlement.