When Does an Employee Start Work? Guideline Decision

The requirement that workers must have two years of continuous employment before they can bring an unfair dismissal claim means that the precise date on which they started work can be of critical importance. Precisely that issue arose in the case of a safety supervisor who unofficially began work a week before his employment by a demolition company formally commenced. 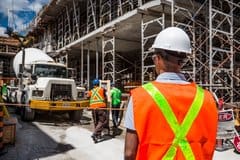 The man lodged an unfair dismissal claim with an Employment Tribunal (ET) after losing his job. Following a preliminary hearing, however, his claim was rejected on the basis that he had not worked continuously for the company for two years. He had carried out significant work on one of the company’s sites in the week prior to the start date specified in his contract, but the ET nevertheless found that that date marked the commencement of his employment.

The ET noted that he was not on the company’s payroll during the relevant week, nor had he completed a work sheet. The company’s client was not charged for his services and his only remuneration was £100 which was paid to him by another worker out of his own pocket.

In challenging the ET’s ruling before the Employment Appeal Tribunal (EAT), the man pointed out that, during the relevant week, he had on any view performed significant work of benefit to the company. He was supervised by the company’s site manager, wore the company’s uniform and received some payment, albeit cash in hand.

In rejecting his appeal, however, the EAT noted that the starting point was Section 211(1)(a) of the Employment Rights Act 1996, which states that, for the purposes of determining a period of continuous employment, the period begins with the day on which the employee starts work.

The ET was entitled to find on the evidence that his work during the relevant week was carried out on an unofficial basis. His status was that of a subcontractor, or an extra pair of hands. The payment he received was an informal token of thanks for the help he had given and he had not subsequently complained that he had been underpaid. The EAT concluded that the work he performed during the relevant week was not carried out under contract with the company and thus did not count for the purposes of determining his start date.