Contract adjudicators only have jurisdiction to resolve disputes after the points in issue have crystallised. The difficulty of discerning exactly when that point has been reached was underlined by a High Court case concerning a delayed laboratory construction project. 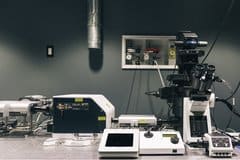 The main contractor engaged a subcontractor to perform mechanical and electrical services in connection with the project. The contract price for the works was over £23 million. The subcontractor sought an extension of time in which to complete the works. After the matter was referred to an adjudicator, he awarded the subcontractor the full 282-day extension sought.

The contractor subsequently launched proceedings, arguing that the adjudicator had no jurisdiction to consider the matter and that his award was of no legal effect. Eight days before commencing the adjudication, the subcontractor had submitted a new and substantial delay report. The contractor argued that the report was a fresh notification of delay and that it was contractually entitled to 16 weeks to assess it before the dispute could be said to have crystallised.

Rejecting the contractor’s arguments, however, the Court noted that, over a period of almost a year, the subcontractor had served five notices of delay on the contractor. Each notice set out the cause or causes of the delay, the material circumstances relied on, the material relevant event and estimates of the expected delays. The notices indicated that the delays were cumulative.

In failing to respond to those notices within the 16-week deadline, the contractor had breached its contractual obligations. The delay report did not amount to a fresh notification and the dispute had therefore crystallised 16 weeks after the last of the five notices was served. The adjudicator thus had jurisdiction and his award was binding on the contractor. The contractor was also ordered to pay the adjudicator’s fees of more than £37,000.