When banks or other financial institutions get into difficulties, the primary concern of judges is to protect the interests of retail investors. The High Court did exactly that in the case of an investment firm which held many millions in clients’ funds and assets when it entered special administration. 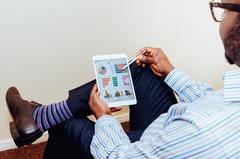 The firm’s directors sought legal and insolvency advice after the Financial Conduct Authority (FCA) raised a number of concerns regarding its business. Administrators were appointed after it was required to cease regulated activities. At the time, the firm held assets worth about £286 million, belonging to more than 11,000 clients, and more than £23.7 million in pooled client funds. Over 90 per cent of the clients concerned were retail investors with portfolios worth less than £10,000.

The administrators and the firm, in its capacity as trustee of the client funds, applied to the Court for approval of a sophisticated distribution plan which was designed to ensure that the vast majority of investors would suffer no loss. The plan involved the transfer of almost all the clients’ funds and assets to an FCA-regulated broker.

The broker would purchase the firm’s rights under contracts with its clients together with its shares in nominee companies which acted as custodians of client funds and assets. The FCA had waived the requirement that the firm obtain client consents in respect of the transfer of their pooled funds to the broker, which would inherit the firm’s obligations as trustee of those funds.

Sanctioning the plan, the Court found that it made good commercial sense and represented the best way of achieving a return of assets to clients as quickly and cheaply as possible. A creditors’ committee had been set up, on which the firm’s clients were properly represented, and the plan incorporated a dispute resolution procedure. Client entitlements to money from the pool would be ascertained and settled by a process similar to the proof of debt procedure found in insolvency litigation.

The Court noted that the great majority of the clients would in any event be entitled to compensation, up to a maximum of £85,000 per client, from the Financial Services Compensation Scheme (FSCS) for any losses arising from the firm’s insolvency. The FSCS would in practice bear the great bulk of the costs of the administration and implementing the distribution plan.