Land is a scarce commodity on our crowded island and it is very much in the public interest that contaminated sites be restored and put to good use. As a High Court case showed, however, protection of human health is the overriding factor. 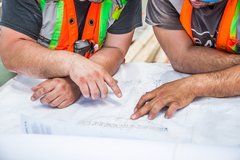 The case concerned a site of about seven acres which had been one of four centres in the UK authorised to dispose of the carcases of cattle infected with Bovine Spongiform Encephalopathy (BSE), commonly known as ‘mad cow disease’. BSE can pass to humans in the form of life-threatening Creutzfeldt-Jakob Disease (CJD) and an outbreak triggered a notorious public health crisis in the late 1990s.

A developer proposed to demolish all existing buildings on the site and replace them with up to 20 new homes. The local authority granted outline planning permission for the scheme, subject to a number of conditions requiring decontamination of the site. The Secretary of State for Housing, Communities and Local Government ruled that no formal environmental impact assessment (EIA) was required.

Upholding a local objector’s challenge to the latter decision, the Court noted that the risk of BSE-related contamination could not be discounted as negligible. Although no signs of such contamination had been revealed by eight trial pits dug on the site, that was far from conclusive. The extent of any risk that might be posed to human health remained unclear, as did the steps that might be taken to safely detect, manage and eliminate the hazard.

Risk assessment and remediation reports commissioned by the developer made no reference to the BSE issue, their authors being unaware of the former use of the site, which had been vacant for over a decade. Due to that lack of expert evidence, the Secretary of State was simply not in a position to make an informed judgment as to whether, or to what extent, the measures proposed could or would remediate any BSE-related contamination.

In overturning the Secretary of State’s decision not to require an EIA, the Court found that he had insufficient information on which to base his assumption that the decontamination methods proposed by the developer would be successful and satisfactorily address the BSE-related risk.