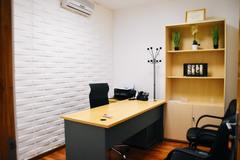 Asbestos-related diseases commonly develop decades after exposure and the lapse of time can present a serious difficulty when claiming compensation. As a High Court case showed, however, specialist personal injury lawyers will rise to such challenges and are willing to take on even the most difficult cases.

The case concerned a man who worked in the accounts department of a mail order company during the 1970s. He claimed that, during office refurbishment works over a weekend, workmen had removed a partition wall which contained asbestos. He alleged that when he returned to work on Monday,  a residue of white dust was visible on his desk and on the floor of his office.

More than 30 years later, the man developed mesothelioma – an asbestos-related cancer of the lining of the lungs. Proceedings were first launched on his behalf and, after he succumbed to the disease before his case could come to trial, were pursued on behalf of his widow.

The man made a video statement prior to his death and his account was supported by a former colleague. However, the company contended that asbestos fibres are found in the lungs of every adult, largely due to the past presence of asbestos in buildings, vehicles and in commerce. A large number of mesothelioma cases could not be attributed to occupational or domestic asbestos exposure.

Ruling on the matter, the Court accepted that the partition wall had been removed, that it contained asbestos and that such works would inevitably have produced asbestos dust. It was certainly possible that the man could have been confronted with asbestos dust which the workmen had failed to remove.

In dismissing the claim, however, the Court noted that the company had probably used reputable and specialist contractors to undertake the works. It had not been established that the man was exposed to asbestos dust on the Monday morning. Even had there been such exposure, it would have been very brief and slight and would not have materially increased the risk of him developing mesothelioma.