Sexual harassment in the workplace is a very serious matter and employers should think long and hard before making such an allegation. In a case where that signally failed to happen, a wrongly accused executive succeeded in an unfair dismissal claim and was awarded more than £50,000 in compensation. 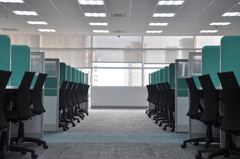 The married executive, who worked for a telecommunications company, was very close friends with a female colleague, a single mother. They were both wedded to their mobile phones and thousands of text messages passed between them. Their friendship, however, waned after the executive was promoted above her and he was later an active participant in her dismissal on capability grounds.

She subsequently published a selection of the messages to the company’s entire workforce and indicated an intention to pursue complaints of sex discrimination and unfair dismissal. She specifically alleged that the executive had harassed her. The company settled her claims with a financial payment.

Following those events, the executive was first suspended and then dismissed, on the purported ground that he had subjected the woman to sexual harassment. He denied that there was any basis for that allegation and launched Employment Tribunal (ET) proceedings.

Ruling on the matter, the ET noted that there was no evidence of any impropriety in the executive’s friendship with the woman. On analysis, the messages he had sent her contained nothing lascivious and their general tone was amicable. Only after their friendship ended had she complained that they were unwanted. Some of them, including comments about her clothes, were perhaps ill-advised, but the same could be said of some of the messages she had sent him.

Her publication of the messages could only be seen as a vindictive act designed to embarrass the executive. The company had given no consideration to the possibility that her allegations against him might be motivated by revenge or that she was simply looking for a way of extracting a financial exit package.

The ET found that the company’s underlying reason for dismissing the executive was a belief that his position had become untenable after the woman complained and broadcast the messages to all. The disciplinary process which led to his dismissal was seriously flawed, not least because his guilt had apparently been prematurely decided at the investigatory stage, before his case was formally heard. The ET awarded him total compensation of £52,351.