Asbestos-related diseases often take decades to develop and the passage of time can present particular difficulties to victims seeking compensation. A High Court ruling showed, however, that specialist personal injury solicitors have all the skills and determination required to rise to the challenge. 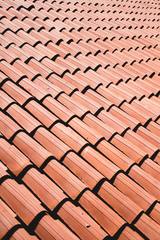 The case concerned a man who claimed to have been exposed to asbestos whilst working for a roofing company between 1959 and 1971/72. He suffered from pleural thickening, giving rise to respiratory disability, and was at risk of developing asbestosis or mesothelioma, an incurable form of lung cancer.

Long before the man first realised he was seriously ill, the company had been wound up and dissolved. He contacted solicitors, who conducted in-depth inquiries with a view to lodging a damages claim on his behalf. Former directors of the defunct company were contacted and various searches were made, but no evidence was uncovered that the company was insured when it employed him.

Only several years later did it emerge that the company did in fact have the benefit of insurance. The relevant insurer was identified and the company was restored to the register so that it could be sued. A claim was issued against the company but, by then, the three-year time limit which normally applies to asbestos and other personal injury claims had long since expired. A judge dismissed the man’s claim after refusing to extend that deadline.

In upholding his appeal against that ruling, the Court found that the judge’s criticism of his delay in launching proceedings was largely misplaced. It was hard to see what more his legal team could or should have done when inquiring into the company’s insurance status. Any claim against the dissolved company would have been a nullity and, prior to the discovery that it had insurance, restoring the apparently penniless company to the register would have been a pointless exercise.

The Court acknowledged that the delay in launching proceedings was substantial, the time limit having been exceeded by about six years. However, the company’s ability to defend itself had not been greatly prejudiced by the additional passage of time and a fair trial of the action remained possible. The Court disapplied the time limit, thus permitting the man’s claim to proceed.