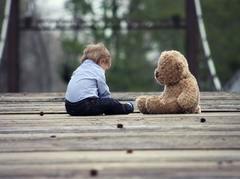 Parents are required not only to feed and water their children, but also to give them the love and emotional warmth that they need to thrive. A family judge powerfully made that point in freeing for adoption two children whose exceptionally cold and disengaged mother had to be prompted even to smile at them.

The mother was known to social workers, her two older children already having been taken into care. A foreign national, she had endured health difficulties and domestic violence in the past. However, she had none of the problems, such as addictions or limited intelligence, commonly associated with poor parenting.

A health and social care trust launched care proceedings in respect of her younger children, aged three and 18 months, on the basis that she was uniquely disengaged from them and that contact sessions between them were of a type seldom seen. She was alleged to require written reminders to say hello to them, and to be unwilling to embrace or play games with them.

In demanding the children’s immediate return to her care, the mother argued that she had been unfairly and excessively criticised by social workers and others. Her attitude to the children had been fundamentally misunderstood, in part due to cultural differences, and she was fully capable of looking after them.

Ruling on the matter, the judge described the case as exceptionally strange. The evidence revealed a quite remarkable absence of warmth or affection between the mother and the children. Despite extensive encouragement by social workers, she had shown no capacity to change or any recognition that her behaviour towards them was other than normal.

The advantages of freeing the children for adoption were, the judge found, self-evident in terms of giving them the stability, permanence and security they needed. On the basis that face-to-face contact with their mother had been of no benefit to them whatsoever, the judge directed that she should in future only have indirect contact with them.