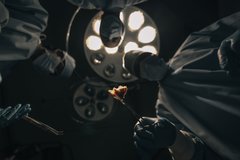 Major surgery is sadly never risk free but, if things go wrong, specialist lawyers are thankfully always there to pick up the pieces. In one case, a teenager for whom the tragic aftermath of a spinal operation spelt a lifetime of paralysis won the right to millions of pounds in compensation.

The girl suffered from a curvature of the spine and had rods inserted into her back at a private hospital when she was 12. Her lawyers did not criticise the way in which the uneventful operation was performed. Soon afterwards, however, she began to suffer a loss of power in her left leg, which spread into her right leg and temporarily into her arms.

Nursing staff failed to bring the problem to the attention of the consultant in charge of her treatment as quickly as they should have done. By the time she was operated on again to relieve pressure on her spine, it was too late to save her from permanent damage. She was left suffering from incomplete tetraplegia.

The healthcare company that ran the hospital admitted breach of duty but argued that the delay in performing the second operation had made no difference to the eventual outcome. Following negotiations, however, it agreed to pay the teenager 75 per cent of the full value of her clinical negligence claim.

Approving that settlement as extremely sensible, the High Court noted that it was a difficult case and that a contested trial of the action would have been a very tricky and nerve-racking experience for the teenager and her family. Twists and turns in the evidence could have resulted in her coming away empty-handed.

The final amount of her compensation had yet to be assessed but, even after a 25 per cent reduction, she was likely to receive many millions of pounds in damages. The company agreed to make a down-payment of £500,000 straight away to cover the costs of her care in the immediate future.