Informal workplace atmospheres are positively encouraged by many employers, but they should beware of a culture of discriminatory and offensive banter developing. In one case, a mental health charity paid a heavy financial and reputational price for failing to stamp out such behaviour. 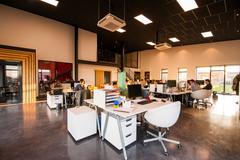 The charity ran a hot-desking system in an open-plan office. An employee who suffered from complex post-traumatic stress disorder was deeply offended by racially and sexually offensive language used in the workplace and by comments that were derogatory to people with mental and physical disabilities. She found it particularly upsetting when some of her colleagues imitated a disabled person.

She informed management of her concerns but, for various reasons connected to her past experiences and mental health, did not make a formal complaint. Although some steps were taken to address the issue, the matter was not resolved and the offensive banter continued. After colleagues discovered that she had informally complained, she endured a level of ostracism.

She eventually went off sick, suffering from anxiety and depression, and the charity was advised by an occupational health professional to treat her supportively and sensitively. Despite her condition, she was required to participate in a grievance procedure during which she had to relive her experiences. The final straw came when the charity’s CEO, without consulting her, made inquiries concerning her movements outside work whilst on sick leave. She resigned and subsequently launched Employment Tribunal (ET) proceedings.

The charity acknowledged that the banter was unacceptable, but argued that it was a form of gallows humour. Its staff worked in an often challenging environment and needed to let off steam. The ET, however, found that such conduct and language created a hostile and degrading environment for the woman and amounted to disability-related harassment. Despite the vulnerability of the charity’s service users, certain managers had tolerated, and indeed encouraged, such behaviour.

The ET found that the woman had, by reporting her concerns, made a public interest disclosure and was thus entitled to whistleblowing protection. Far from supporting her return to work in a sensitive manner, the charity insisted that she follow its formal grievance procedure, in which she lacked the emotional resilience to effectively participate. The procedure added to her anxiety and to the delay in addressing her concerns. Overall, her treatment by the charity breached the implied term of trust and confidence in her employment contract.

The woman having been penalised for making a public interest disclosure, the ET found that her dismissal was automatically unfair. She had also been victimised and the charity had failed to make reasonable adjustments to cater for her disability. In the absence of agreement, the amount of her compensation would be assessed at a further hearing.