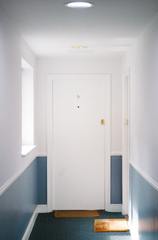 A great many residential leases contain clauses which forbid tenants from removing their landlords’ fixtures – but what exactly does that mean? The Upper Tribunal (UT) considered that issue in the context of a tenant’s replacement of the front doors of his two flats.

The tenant was the long leaseholder of two flats in the same block. Almost five years after he replaced their exterior doors, his landlord launched proceedings before the First-tier Tribunal (FTT) seeking a declaration that he had breached a covenant in both leases which required that fixtures belonging to the landlord must not be removed without the landlord’s written consent.

The FTT granted the declaration on the basis that the doors were more than mere chattels and were properly viewed as fixtures, in that they were connected to the property and provided necessary security and privacy. As a matter of logic, their replacement involved their removal and, the landlord’s consent not having been obtained, that breached the covenant.

In challenging that outcome, the tenant argued that the doors were not fixtures but part and parcel of the land that had been demised by the leases. On the basis that a flat is not a flat if it has no entrance door, it was submitted that, far from being optional accessories, the doors were essential to enclosing the spaces and rendering the flats self-contained.

Upholding the tenant’s appeal, the UT found that the doors had become part of the flats themselves in the course of their construction. It was for the landlord to establish that they were fixtures and, on a straightforward reading of the terms of the leases, it had failed to do so. The FTT’s conclusion that the doors were fixtures was wrong in law and there had thus been no breaches of the covenant.