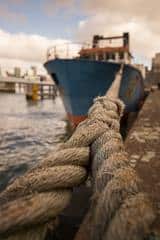 The law has a very long memory and will ensure that victims of misconduct by state agents are properly compensated, however long it takes. In a striking case on point, the High Court awarded six-figure damages to the loved ones of an innocent docker who was hit by a high-velocity round during the notorious events in Londonderry on Sunday, 30 January 1972 – commonly known as Bloody Sunday.

The father of nine was shot in the lower back by a British soldier, suffering life-threatening injuries from which he never really recovered. In common with many others, he apparently marched through the city that day in support of a society based upon fairness, justice and equality for all. He was a man of good character with no links to political or paramilitary organisations, and the Saville Inquiry established in 2010 that he was trying to run to a place of safety when the bullet hit him.

Tragically, however, he did not survive long enough to witness his exoneration by the inquiry report. He died, aged 65, in 1985 from cancer which was not related to the shooting. That, however, did not deter his family, who launched proceedings against the Ministry of Defence (MoD). The MoD did not dispute the inquiry’s findings or actively challenge the family’s case that the man was an innocent victim who was shot without lawful reason, justification or excuse.

The man had worked in the docks since the age of 14, but the Court found that his gunshot injuries rendered him incapable of performing such heavy manual labour. He endured chronic depressive illness and, given the distressing and persistently disputed circumstances in which he was wounded, it was unsurprising that he crumbled into harmful use of alcohol.

The Court found that he would have suffered extreme fear on Bloody Sunday and that the actions of the soldier who shot him were malevolent and flagrant to a truly exceptional degree. Until the inquiry resulted in the truth being exposed, agents of the state had persistently promoted lies and deliberately distorted the facts. The family was awarded £163,048 in compensation, including £80,000 for the pain, suffering and loss of amenity that the man endured and £25,000 in aggravated damages to mark the Court’s condemnation of his treatment.