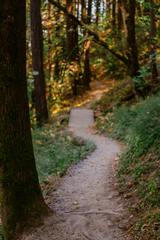 Ramblers love footpaths, but the same cannot be said for landowners concerned to protect their privacy and security. That was certainly so in one case in which homeowners with a high media profile won the right to divert a footpath which crossed their garden within sight of their croquet lawn.

The owners applied to the local authority for a diversion order in respect of about 228 metres of footpath which crossed their property. They said that ramblers on the path had a view of their private garden and could see into some of their windows. They stated that, if the path remained undiverted, they would enclose part of it within stone walls, creating a tunnel-like effect.

The council’s decision to grant the order was later confirmed by an inspector acting on behalf of the Secretary of State for the Environment, Food and Rural Affairs. She found that the diversion was expedient in that it was in the interests of the owners; re-routing the path would have a negligible impact on walkers’ convenience and any loss of public enjoyment would be relatively minor.

Challenging the inspector’s decision, the Open Spaces Society pointed out that the owners had bought their home in the knowledge of the footpath’s presence and that permitting its diversion would enhance the value of their property. A ruling in their favour would encourage other landowners to make similar applications.

The inspector was said to have misinterpreted the power to make diversion orders contained in Section 119 of the Highways Act 1980. It was submitted that she was wrong to put the owner’s interests into the balance and that even a slight loss of public enjoyment of the re-routed path should have mandated rejection of the owners’ application.

Rejecting those arguments, the High Court found that the Secretary of State’s less restrictive interpretation of Section 119 was plainly to be preferred. The inspector was entirely correct to perform a broad balancing exercise and was entitled to take into account the scale of the diversion’s benefit to the owners in terms of bolstering their privacy and security.