What Does ‘Dishonesty’ Mean in Law? Landmark Court of Appeal Ruling

What exactly does ‘dishonesty’ mean in law? A Court of Appeal ruling in the case of a luxury nursing home owner who made millions from exploiting vulnerable residents has finally answered that question, bringing an end to decades of uncertainty. 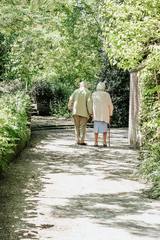 The prosecution case against the owner was that, over many years, he had targeted, befriended and groomed a succession of wealthy, elderly and childless residents in order to profit from them. He manipulated them and isolated them from their families and friends, assuming control of their finances and persuading some of them to lend or give him large sums and to make him a beneficiary of their wills.

Following his arrest, the owner said that the money he had received consisted of gifts from grateful residents, whom he had treated very well. Those who benefited him had capacity to make decisions for themselves and had never acted without first taking professional advice. Residents had not been overcharged and, save for an occasional misunderstanding, all the fees he received were legitimate.

After a trial, the owner was convicted of 10 counts – four of conspiracy to defraud, three of theft, one of fraud, one of false accounting and one of transferring criminal property. In sentencing him to 21 years’ imprisonment, the judge described it as one of the most serious cases of abuse of trust to ever come before a UK court. By the offences, which spanned almost 20 years, he had gained more than £4 million.

In challenging his convictions, the owner’s lawyers argued that the trial judge had misdirected jurors as to how they should approach the question of whether he had been dishonest. That issue hinged on whether a legal precedent dating back more than 35 years or a 2017 decision of the Supreme Court represented the current state of the law on the definition of dishonesty.

An exceptional constitution of the Court of Appeal, made up of six judges headed by the Lord Chief Justice, ruled that the 2017 decision was binding and should be followed in all future cases where dishonesty is alleged. On that basis, the trial judge was correct to direct jurors that they should follow a two-stage test: after discerning the owner’s actual state of knowledge or belief, they were required to consider whether his conduct was dishonest by the standards of ordinary decent people.

The owner’s other grounds of appeal against his convictions were also dismissed. The Court acknowledged that the case involved a high level of exploitative criminality targeted at vulnerable elderly victims. Given his age of 64, however, a 21-year sentence was manifestly excessive and the Court reduced it to 17 years.